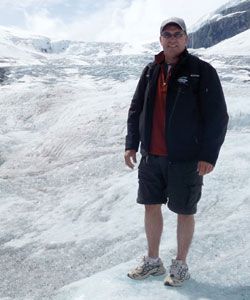 Common Sense Revelation: Terry Rees is helping people understand the importance of protecting freshwater resources one conversation at a time.

Terry Rees’ environmental credentials match up favourably with just about anyone this side of David Suzuki. The executive director of the Federation of Ontario Cottagers’ Associations (FOCA) sits on a wide variety of water-oriented boards, panels and committees, including the Ontario Biodiversity Council, the Ontario Water Conservation Alliance, the North American Lake Management Society and the Lakeland Alliance, to name just a few. He’s been a featured speaker at the Latornell Conservation Symposium, a panellist at a David Schindler Endowed Professorship water panel at Trent University, and delivered expert testimony to the Walkerton Inquiry. He even moderated an environmentally-oriented all-candidate debate in the most recent federal election.

But there’s something different about Terry Rees, something that sets him apart from most of the people that he works with on his various environmentally-oriented boards and committees. Terry Rees is a pragmatist.

If he were more ideologically driven, he wouldn’t have taken jobs early in his career with Imperial Oil and Noranda, two multinational corporations that are intimately tied to the kinds of extractive activities that more commonly do harm to sources of fresh water than help. But, then, he would have missed out on experiences that have informed his view of how best to preserve and protect Ontario’s wealth of fresh water. “It was drilled into me early in my professional career that it was always cheaper to do the right thing than to take shortcuts,” he says. “Being fined or going to jail is no way to run a business.”

Rees’ pragmatism is a reflection, in part, of his academic background. He earned a degree in economics from the University of Western Ontario, and he leans heavily on economic arguments in order to advocate for better regulations and legislation. “It isn’t about wearing hair shirts and living in mud huts,” he says. “If we want to have a thriving economy and healthy, thriving populations, there’s a lot of rationale for being proactive.”

Rees says that of all his roles and responsibilities he gets the biggest kick of out interacting with landowners and helping them make the connection between self-interest and sustainability. “It’s really interesting to have those one-on-one conversations where people are connecting what’s happening around them to what’s happening with the water that’s in their pond or lake or groundwater,” he says. “People will make those connections when given an opportunity to talk through them.” Those connections are often facilitated by Docktalk, a province-wide outreach program that Rees created in 2005 consisting of shoreline visits, community events, and one-on-one interactions.

Ultimately, he says, it’s those sorts of personal relationships between people and their water that will lead to truly effective water management policies and practices. “Technology is going to be very helpful for us in terms of treating water in a cost-efficient way, but there’s a whole bunch of behavioural and social things that are important,” he says. “If we can get water into the hearts and minds of people and it becomes second nature, then we’re a long ways along.” And befitting his pragmatic perspective, he insists that doing something is always better than doing nothing.

“Don’t let perfect get in the way of better. I think there’s someone who said that more eloquently than me, but if you can do one thing that’s a little thing better or helps you to make a difference in the scheme of things, do it.” —Max Fawcett

“Although much of Terry’s efforts and accomplishments are localized, the lessons learned are universal—any individual can be a strong advocate for water protection and make a difference in their community.”