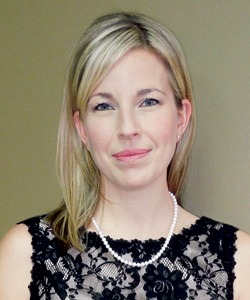 For Jodi Glover, the itch to innovate is not easily relieved.

Making use of a small student grant to pursue a business opportunity, Glover launched her first business—a solar heating company—during the summer between her third and fourth year of university. While it may have been short-lived, the business gave her the taste of success. “It wasn’t a profitable venture, but I had a fantastic time,” she says. “It was an amazing learning experience.”

After that summer experience, Glover switched her focus from accounting to entrepreneurship. After graduating, she worked as a small business advisor at a bank, admittedly a little envious of her clients. “What I wanted was a business opportunity,” she says. “I hoped one day I could be one of them.”

When her husband, an engineer, came up with an idea for a portable water monitoring device, Glover saw that opportunity. Having previously worked with her father at UV Pure Technologies, she had an idea of the challenges faced by the water treatment sector. She quit her job to pursue the venture.

As the CEO and co-founder, Glover has gained a reputation for excellence. Under her leadership, Real Tech’s products are sold in nearly 40 countries. The company has received numerous awards and has been listed for the past four years on the Deloitte Technology Green 15. In late 2012, Glover received the RBC Canadian Women Entrepreneur of the Year TPH Sustainability Award.

Glover continues to champion research and development, which, she says, is at the heart of her business. The goal is to provide more practical and affordable water quality analysis, and to open doors for analysis that hasn’t been possible in the past. In the future, Glover sees Real Tech’s products advancing into the industrial market.

The drive for success hasn’t subsided. “I’m always excited about RealTech,” Glover says. “I love what I do.”

“We need more Jodi Glovers—not just to inspire our young women, but also to show that Canadian companies can succeed on the world stage based on our water expertise.”