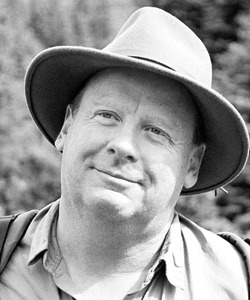 Bob Sandford speaks with a clear, determined voice as he explains that he is grateful, surprised, and humbled by his Water’s Next recognition. Despite much of the Canadian water industry singing his praises, he is quick to pass the spotlight.

“I am extremely fortunate to work with some of this country’s very best scientists and research networks,” Sandford says, “and I owe a great deal to EPCOR [Utilities].” He begins to recite the names of the many individuals he’s worked with over the years, too many to list in this profile.

In addition to sitting on the advisory board of Living Lakes Canada (recognized by Water’s Next in 2010), Sandford is also a member of the Forum for Leadership on Water (FLOW). In 2005, he was named EPCOR Chair of the Canadian Partnership Initiative for the United Nations’ Water for Life Decade, which started in 2005 and runs until 2015. Sandford doesn’t plan to let it stop there.

His latest book, Cold Matters: The State and Fate of Canada’s Freshwater, brings groundbreaking Canadian water research into the public sphere. The book also reports on the outcomes of FLOW’s 2011 cross-country tour, which enabled Sandford and other FLOW members to share their knowledge and experience with colleagues across Canada, research and develop water stewardship strategies for northern waters, and learn about water issues specific to individual provinces.

“Boy, we learned a lot,” says Sandford. “You do these tours, and you learn things that you don’t expect to learn. We found some amazing problems that reinforced the need for provincial and national water policy changes.”

Hearing such harsh information might not appeal to many people—or governments, for that matter. According to Anna Warwick Sears, executive director of the Okanagan Basin Water Board, Sandford delivers this information in a balanced, accessible way that makes sense for varied audiences.

“Each day, my work involves communicating about complex, nuanced water issues to elected officials and the public,” says Warwick Sears. “To do this well, and move people to change, I urgently need the kind of information that Bob delivers: the real stuff, the big picture, pulled together and then translated to uncover emerging trends and leading ideas.”

Mention these praises to Sandford again, and he’ll tell you his favourite part of the job:

“One of my great pleasures is the quality of people and their level of commitment across this country to water issues,” Sandford says. “It’s widespread, and it’s really deep.” – Jessie Davis

“Bob is a tireless champion for water not only in Canada but around the world, and he is able to accomplish so much due to his expert diplomacy and fair-mindedness.”