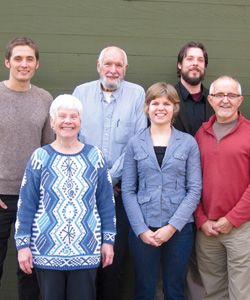 The researchers and academics behind the University of Victoria’s POLIS Water Sustainability Project have their jobs cut out for them. Their mandate is to provide policy makers with the best available research and help them translate it into effective policies, but while the project has achieved some important goals in the years since it was formally launched in 2003, the biggest battles may lie ahead. “In the next five to ten years, water and watershed governance is going to have to change more than it has in the last 200 years,” says project leader Oliver Brandes.

The Water Sustainability Project (WSP) grew out of the University of Victoria’s POLIS Project on Ecological Governance, which was established in 2000 by the Eco-Research Chair of Environmental Law and Policy. Its mission, according to Brandes, was to fuse together the spirit of activism with the discipline of academia. “Water was rapidly emerging as an important issue on the global, the national and the regional scene,” he says. “We wanted to take a holistic perspective.”

That perspective isn’t just represented in papers and presentations. In fact, a key element of the WSP is its commitment to providing practical demonstrations of the theories that its three core research areas—water conservation and the soft path, the water-energy nexus and law, policy and governance—seek to explore. “It’s about trying not only to introduce new ideas and concepts, but showing how they would manifest in a concrete way,” says Brandes.

It’s not just a one-way street. “Theory informs practice, but equally so practice informs theory,” Brandes says. “Proof of possibility is an important part of what we’re trying to convey, but it also lets us test and explore some of the reasons why we’re having difficulty being more conservation-focused and how we can address the more complex governance problems that underlie that.”

Those complex governance problems are often a function of the fact that water policy doesn’t fall neatly under one political jurisdiction. Instead, it frequently cuts across all three—federal, provincial, and local—as it does with the water modernization act that the Province of British Columbia is currently pursuing. It is in complex situations like this where the WSP excels, serving a function that traditional single-issue NGOs or single-constituency interest groups are often unable to perform. “One of the things that make us unique is that we can work across scales. We can deal with issues on the local, the regional, and the provincial level,” says Brandes.

In dealing with those issues, the WSP insists on remaining steadfastly apolitical. “We don’t really have an axe to grind,” Brandes says. “We’re not about criticizing. We’re about understanding the nature of the problem and its root causes.” Instead, it seeks to inform what he calls the community of thought leaders. “We want to make sure that they’re empowered. In a democracy, the prelude to action has to be deliberation and discussion. And in a number of communities there is a much more sophisticated understanding of what the barriers and challenges are and how we overcome them.” The POLIS Water Sustainability Project deserves a good deal of the credit for that. —Max Fawcett

“POLIS manages to bridge policy and grassroots action. Such plurality of perspective is necessary for any market transformation.”