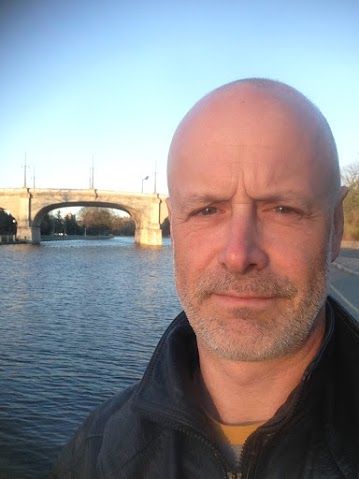 François Soulard’s career has been defined by a number of ‘ah-ha!’ moments. One of the first occurred while working on his Ph.D. at the Chinese University of Hong Kong in the early1990s. “I began to really understand how statistics did not need to be overly complicated to provide powerful depictions of the world around us,” Soulard said. “The link to natural capital accounting (providing concrete data on the state of natural resources using statistical analysis) came to me intuitively when I saw the extent of the transformation of the landscape in Southern China while doing fieldwork.”

The next ‘ah-ha’ moment for the current Chief of Research & Development of Statistics Canada’s Environment Program occurred during the 1998 ice storm, when Soulard had only been with the department for a few months. “I remember pacing the corridors wondering what to do to help, and soon realized that, since we are in the business of providing information, that perhaps I should do just that,” he said. “As a result we quickly produced a study of the ice storm that, to this day, is still downloaded a couple thousand times each winter. This is when I realized how much of a treasure chest for environmental data StatCan was—especially from the spatial perspective with incredibly detailed geographic data.”

This insight eventually inspired Soulard’s work to develop the concept of ‘water accounts’. Water accounts are defined as the process of systematically measuring the stock, flow, and renewal of Canada’s surface and sub-surface water in physical, quality, and/or monetary terms. Once these data have been collected and compiled, government policy-makers and legislators are able to make evidence-based decisions with respect to water resources.

“François has been working for over fifteen years in the development and improvement of water statistics in Canada and internationally,” said Mark Henry, a member of Statistics Canada’s Environment Accounts and Statistics Program and one of Soulard’s colleagues. “He has developed, overseen and promoted new and innovative methods and standards for estimating, measuring, and analyzing our water resources and their use.” Henry added that Soulard has played a key role in developing international methods and standards through his work with United Nations Statistics Division (System of Environmental-Economic accounting—Water and UN—Experimental handbook on ecosystem accounting), the OECD, and the World Bank; as wel as with individual countries like China and regions such as South America. “As a leader within his division at Statistics Canada, He fosters an environment of exploration and innovation among his colleagues and staff and is seen as a champion of water and environment issues within the department.”

François Soulard was modest about winning a Water’s Next award. He said, “The credit belongs to my team, not just me.” He asked that his colleagues be recognized as well. For the record, they are Mark Henry (water asset account; freshwater ecosystem account), Murray Cameron and Chris Tremblay (industrial water use survey), Terry Nelligan (survey of drinking water plants), Avani Babooram (agricultural water survey), Gordon Dewis (households and the environment survey), Matthew Prescott and Joe St Lawrence (physical flow accounts for water), and Jeff Fritzsche (chief of the water surveys section).

“It is always useful and welcome to be recognized by our peers,” Soulard told Water Canada magazine. “It is especially gratifying given the importance of the work my team is doing, which is to measure and then translate Canada’s water resources such that well-informed decisions can be made regarding their use and protection. Our job is not to set such policy, but to do our best to provide government with the data they need to make good decisions.”